Allen-based PFSweb Inc. will sell its LiveArea sales and customer experience agency business to Merkle Inc. in a $ 250 million deal, the company said on Tuesday.

LiveArea is one of two lines of business that make up PFSweb, a global business services company established in 1994. The LiveArea business works with companies ranging from Adidas to Yeti and has generated approximately $ 85 million in revenue at during the 12 months that ended March 31.

“When you have a transaction that is a victory for both companies, for the shareholders and for our teams, it is unique,” ​​said Michael Willoughby, CEO of PFSweb.

The company expects net proceeds of $ 185 million to $ 200 million from the transaction, which is expected to close in the third quarter of this year.

The deal follows a pandemic-fueled e-commerce boom that has boosted companies like PFSweb. The company announced last August that it was expanding its presence in Texas by adding a distribution center in Irving.

PFSweb has been working on selling the LiveArea line for more than six months, said Soren Lindstrom, a partner of FisherBroyles LLP, who served as legal counsel to the company on the transaction. The acquisition was complicated because it required a more definitive separation between the PFS and LiveArea businesses.

“As is often the case, the two lines of business have been heavily mixed up, so you need to prepare to get to the point where you can sell a piece like this well in advance,” Lindstrom said. . “We worked for a while to reorganize the business so that it was, if you will, more legally divided between the PFS business and the LiveArea business.”

This division meant the reorganization of the business and the movement of assets, people and customer contracts, among others, Lindstrom said.

FisherBroyles will continue to work with PFSweb as it explores options for the remaining line of business. Raymond James served as financial advisor for the LiveArea deal and will continue to advise the company on the PFS line.

Under Merkle, a Columbia, MD-based customer experience management company within the Dentsu Group, LiveArea’s team of 590 people will continue to work together initially. LiveArea President Jim Butler will continue to lead the team, said Pete Stein, Global Head of Experience and Commerce at Merkle.

Merkle aims to increase its commercial presence in the United States and to deepen its expertise in Europe, the Middle East and Africa with this acquisition. It will also capitalize on LiveArea’s partnerships with technology platforms such as Salesforce and Adobe.

The deal will also contribute to the Dentsu Group goal of achieving 50% of its revenue generated from customer transformation and technology, which spans the areas of customer experience and commerce.

PFSweb hopes to have an answer regarding the future of its PFS line by early next year, Willoughby said. This could include privatizing the business, selling the business, or some other option.

“As we developed each business, we realized that each business seemed to be worth more in itself than PFSweb as a whole,” he said.

PFSweb plans to use part of the proceeds from the LiveArea agreement to repay the debt. The company will focus on the PFS line as it prepares for the upcoming holiday season. 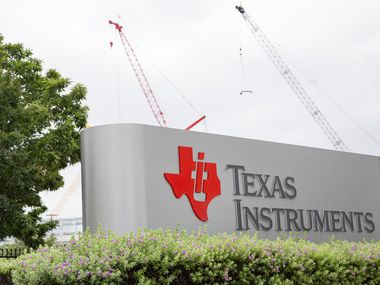 NJ is preparing to repay part of its debt

Top state treasury officials plan to meet on Friday to decide whether to formally repay some of New Jersey’s significant debt, debt that has risen after a series of emergency borrowing l year in the midst of the coronavirus pandemic. Few details were made public about Friday’s meeting, but the agenda lists “authorization to write […]

What happened Actions of IBM (NYSE: IBM) fell 9.5% on Thursday after the global tech company’s third-quarter results fell short of investor expectations. So what IBM’s revenue grew 0.3 percent year-on-year to $ 17.6 billion. Wall Street expected sales of nearly $ 17.8 billion. Even after adjusting its results to reflect the upcoming sale of […]

Dave Ramsey Tips You Should Ignore

Image source: Getty Images It pays to use good judgment when it comes to over-the-top financial advice. Key points No one is successful 100% of the time. Relying on more than one source for financial advice may be the best bet. Whether you love him, hate him, or haven’t heard his name before, Dave Ramsey […]